What To Do in Istanbul in 48 Hours

Istanbul – the name itself evokes so many exotic images. The azure Bosphorus, the striking Sultanahmet Mosque, the chaotic Grand Bazaar (which may or may not feature Daniel Craig revving his motorcycle on the rooftop à la Skyfall), and so much more. East effortlessly merges with the West in this culturally buzzing city. Here’s what to do in Istanbul if you only have 48 hours in the city. 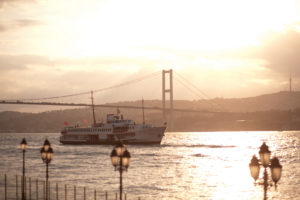 Soak in the history

Istanbul was the seat of the Ottoman Empire and the Topkapi Palace was the jewel in its crown. The opulent palace museum holds some important relics such as Prophet Mohammed’s clothes, sword and beard hair, the staff of Moses, and King David’s sword.

My favourite place in Istanbul is the Basilica Cistern, a 6th-century underground cistern of water built by the Byzantine Emperor Justinian. Strategically placed dim lights illuminate the entire cistern giving it a rather surreal appearance. 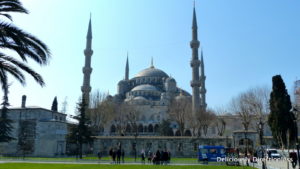 The 17th-century Sultanahmet Mosque is one of the most stunning religious buildings in the world. Thirteen domes of varying sizes crown the mosque while six minarets surround it. 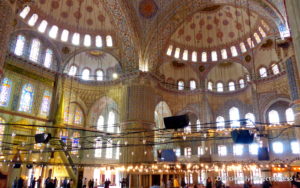 Inside, 20,000 blue Iznik tiles adorn its walls, giving it the moniker of Blue Mosque. 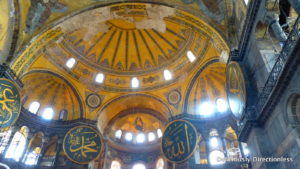 Across the street stands the Hagia Sophia, the almost 1500-year-old former church, which later became the imperial mosque and is now a museum with both Christian and Muslim architecture and inscriptions. 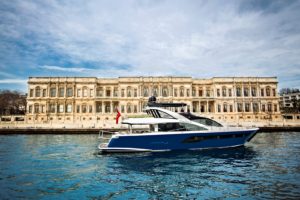 Cruising down the gleaming Bosphorus is an absolute must do in Istanbul. There are regular cruises that depart from Sultanahmet all through the day. Take in the sights of Istanbul’s beautiful, historic palaces and monuments, and the striking bridges as you glide between Europe and Asia. 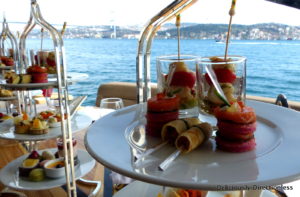 For a more luxury experience, hop on-board Ciragan Palace Kempinski’s private yacht. Sip a glass of sparkling wine and have a decadent High Tea as you admire a stunning Bosphorus sunset.

Savour the taste of Istanbul

The more-than-100-years-old Pandeli restaurant is the place to go for an authentic Turkish meal. The restaurant is on the first floor just as you enter the Spice Bazaar. The decor may border on kitschy but the food is top-class. Try their assorted mezze, creamy eggplant salad, roasted lamb, and the star of the show, the kagitta levrek or sea bass baked in parchment.

Another fabulous restaurant is Tugra at Ciragan Palace Kempinski. Here, you should try the oven-baked sea bass stuffed with vegetables, herbs and spices and baked whole in rock salt dough. 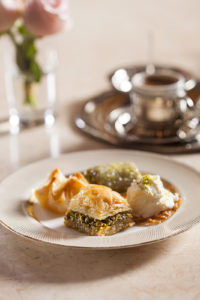 The hotel also has some of the best baklava in the city. You can even get a behind-the-scenes look at how the delicate baklava sheets are made before being layered with dry fruits and sugar syrup.

And don’t miss the Turkish Coffee either! 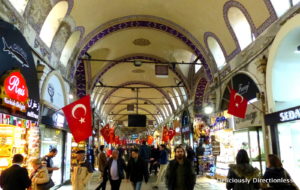 The sprawling, 15th-century Grand Bazaar is a must do in Istanbul. It’s one of the largest covered markets in the world with more than 3,000 shops lining the labyrinthine alleys.

You will find everything from carpets, lamps, and scarves to porcelain, evil eye souvenirs, Turkish delight, and baklava. 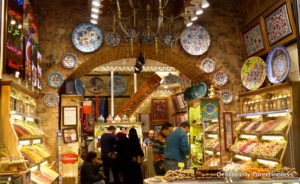 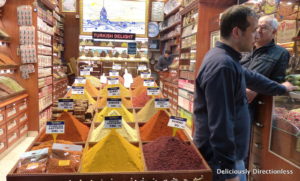 Another market worth exploring is the Spice Market where you will find all sorts of exotic spices. Towering stacks of whole and powdered spices jostle for space with herbs, dry fruits, honey and nuts. 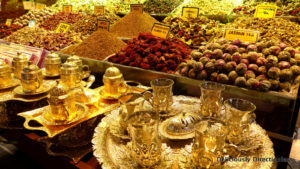 There’s also a wide variety of Turkish teas on offer. 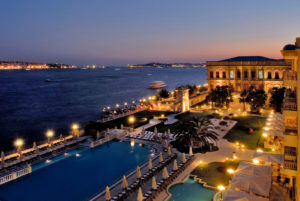 How would you like to wake up to the view of the Bosphorus? You can do just that if you stay at Ciragan Palace Kempinski. A former sultan’s palace, it’s today a part of the Leading Hotels of the World group and the last word in five-star luxury. Its exquisitely decorated original palace gate still stands, looking out over the Bosphorus with the red Bosphorus Bridge as a gorgeous backdrop. 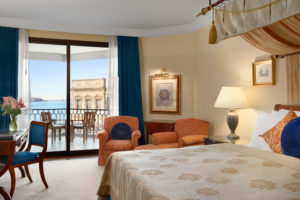 I stayed in a Superior Bosphorus View King room, which was elegantly done up in warm gold and royal blue accents. It had a spacious seating area and a massive bathroom, not to mention a private balcony with a 45-degree view of the strait and the Asian side of Istanbul.

If you’re wondering what to do in Istanbul on a Sunday, hit the brunch buffet at the Ciragan Palace’s Laledan Restaurant. It has a huge spread of Turkish and European classics, superb cocktails, and an entire room devoted to desserts. End your meal with a cup of hot, strong Turkish coffee served in ornamentally decorated small cups. 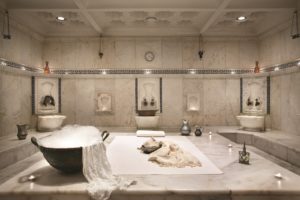 And finally, wind down with at their Sanitas Spa, which offers a luxurious hammam experience, combined with spa services such as massages and facials.

Turkish Airlines connects both Mumbai and Delhi to Istanbul via direct flights. It is also one of my favourite airlines to fly, especially to Europe. Read about my Business Class experience with Turkish Airlines here. Ciragan Palace Kempinski is a 40-minute drive from Istanbul Ataturk Airport.

Have you been to Turkey?  Tell us what to do in Istanbul in the comment section below. 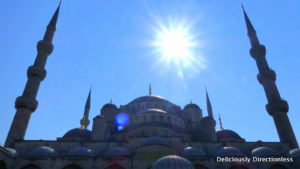 This article was commissioned by The New Indian Express’s Indulge Magazine and was published in their issue of December 1st, 2017. Read more about what to do in Istanbul here.

Disclosure: My trip to Istanbul was courtesy of Leading Hotels of the World and Turkish Airlines. 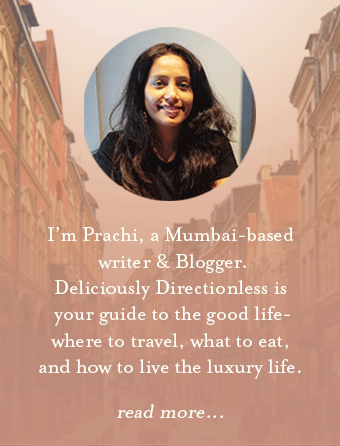